Amira Malcom, this year’s recipient of the Wilma Gibbs Moore Graduate Endowed Scholarship, is forging her own path in an evolving digital landscape: social media trends.

As she earns her MLIS through the Department of Library and Information Science, she says, “My academic interests lie mostly in meme culture and digital phenomena surrounding youth linguistics and cultural appropriation.

“This is a long way of saying that I hoped to use the tools of this program to become a meme librarian.”

Malcom has been associated with the School of Informatics and Computing (SoIC), at IU’s Indianapolis campus, for several years.

“After graduating from the Media Arts and Science program in 2018, Zeb Wood reached out to me about joining a Diversity, Equity and Inclusion-based working group at the school,” she says. “I was more than happy to accept, as he and I had had many conversations around those topics.”

Andrea Copeland, Ph.D. and chair of the Department of Library and Information Science, recalls, “I got to know Amira through the working group and immediately was impressed by her brilliance.

“Then, spent the last two years recruiting her to the MLIS program. Selfishly, I always want to the best and the brightest for the information professions.”

While serving as alumni chair of the working group at SoIC, Malcom refined her focus on meme culture to include the philanthropic nature of Black contributions to social media.

“I started to see the connection,” Malcom says, “where I could use information science to start the work of creating pathways back to Black creators and continue to democratize the influencer landscape at large.”

Linked by a passion for preserving culture

Her scholarship’s namesake, Wilma Gibbs Moore, had a similar passion – not in the realm of social media or memes, but to preserve the history of Black culture in Indiana. Moore worked for 30 years for the Indiana Historical Society as senior archivist of African-American History. She died in 2018.

“It means so much to me to have this award,” Malcom says. “From what I have heard about Ms. Wilma from her friends and colleagues it is clear that she was a driven and involved library professional.”

In 2013, Moore told The Indianapolis Recorder, “Your history is who you are, and when you get to a point where you somehow discount it or not think it’s important, you really diminish yourself.”

In addition to her degree from SoIC, Malcom also earned a B.A. in photography from the Herron School of Art and Design at Indiana University’s Indianapolis campus.

She’s worked for the Indianapolis Museum of Art at Newfields, Big Car, and the Harrison Center. She lists contributing to the inception of the Greatriarchs series at the Harrison Center, and bringing to life Phase II of the Center for Black Literature & Culture at Central Library, among her career highlights.

Pursuing a graduate degree at SoIC is allowing Malcom to delve into the digital realm in new ways, focusing on the cultural significance of memes and other virtual media.

“I found that the MLIS program could give me the tools to study that on a deeper level and create discourse around social media trends,” she says.

In her graduate studies at the IU School of Informatics and Computing, Malcom says she hopes to study of the impact of screen cultures and the effects of social media on society. She notes on her website that in her writing, she “aims to access a still-understudied part of the human experience that addresses memory, culture, and social connections within racialized spaces.”

“I don’t know that there is a specific meme that made me want to pursue librarianship in that sphere,” Malcom says. But after learning about mem librarian and trend expert Amanda Brennan, “I found a genuine role model that crossed the fields I was interested in.”

“I’m used to having to split interests,” Malcom adds, “between media arts and photography, and now philanthropy and library information science.  I was excited to have a path forward in a field that I felt reflected all my interests in a way I felt excited to engage in.”

From Grumpy Cat to Mocking SpongeBob, Wordle, or anything Drake, everyone has a favorite meme. Malcom is no exception.

“I’m a big fan of the Dog of Wisdom,” she says. “I have a tattoo of the dachshund in the little plane, actually!

“My birthday is in May, so I also enjoy the Justin Timberlake ramen meme that comes around the end of April every year.

“I like exploring millennial/Gen-Z nihilism and other evolving forms of humor,” Malcom adds, “which is why I feel it’s important to explore that growth of context from an academic perspective.” 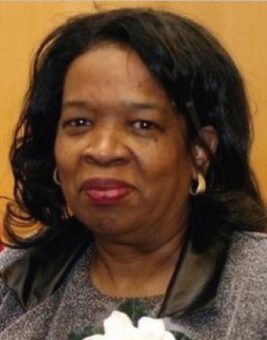 The Wilma Gibbs Moore Graduate Endowed Scholarship memorializes Moore and her many contributions to the historical record of African Americans in Indiana.

Wilma Gibbs Moore graduated from Crispus Attucks High School and received her B.S. in sociology and her master’s in library science degree from Indiana University.  She worked at Indiana University Libraries, the Indianapolis Public Library, and the Indiana History Center.