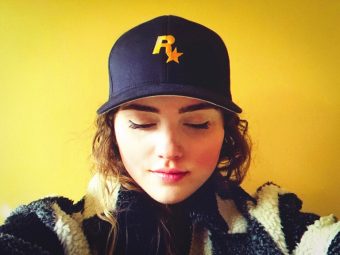 Silvia Lawson-Vilches, a December 2020 graduate of the IU School of Informatics and Computing at IUPUI, is an associate lighting artist for Rockstar Games, a prestigious award-winning studio in the video game industry that’s responsible for highly acclaimed series such as Grand Theft Auto and Red Dead Redemption.

A casual gamer growing up, Lawson-Vilches played Dragon Age: Inquisition between her freshman and sophomore years of college and found herself becoming more interested in video games. During her first two years at IUPUI, she was focused on working in the film industry, but it wasn’t connecting.

“It wasn’t really hitting the right notes for me,” she said. “I really liked it, but I didn’t know if I wanted to fully devote myself to it.”

Lawson-Vilches saw a trailer for Rockstar’s Red Dead Redemption 2 and was captivated by its visuals and portrayal of the frontier West. She picked up a PlayStation 4 controller, popped in the disc—and her life would never be the same.