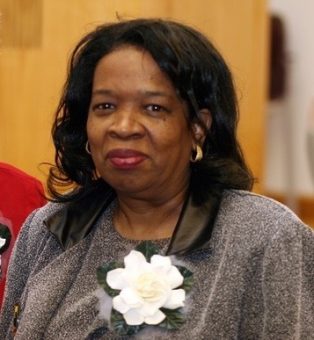 The Wilma Gibbs Moore Graduate Endowed Scholarship, which was established in 2018 to assist Library and Information Science (LIS) students who are underrepresented in the field, celebrated an exciting milestone this year. Less than three years after its establishment, it has reached endowment levels, meaning it will generate income that will fund the scholarship in perpetuity. This is largely due to the efforts of LIS faculty, particularly LIS Department Chair Andrea Copeland. We spoke with Dr. Copeland about the origins of this scholarship, Wilma Moore’s connection to the LIS program, and importance of representation and diversity in the field of Library and Information Sciences.

“I got to know Wilma through working with her on the Bethel archive project,” Dr. Copeland remembers, referring to the SoIC initiative funded by Indiana University’s New Frontiers of Creativity and Scholarship award, which helped save a historic trove of archival documents and objects from the Bethel AME Church, Indianapolis’ oldest African-American church. Wilma Moore was an IU-Bloomington graduate who dedicated her life to contributing to and archiving the record of African-Americans to Indiana history, both as an employee of IU Libraries, Indiana Public Library, and the Indiana Historical Society, and as editor of Black History News & Note, and contributing editor of Traces of Indiana and Midwestern History. She received the Award of Merit from the American Association for State and Local History and the Eli Lilly Lifetime Achievement Award for her contributions in the field of history.

“[Wilma] was the archivist that handled the donation and the processing of the archive at the Indiana Historical Society.” Dr. Copeland says. “At this close of this project, she passed. Kisha Tandy at the State Museum and a LIS alum was also working on this project. She was a close mentee of Wilma’s. We wanted to do something to memorialize her contribution to the field. Then, Nichelle Hayes, another alum and director at the Center for Black Literature and Culture at the Indianapolis Public Library, and Stanley Warren, historian, longtime collaborator of Wilma’s and emeritus professor from DePauw University, joined our efforts. Wilma’s daughters, Johari Miller-Wilson, M.D. and Jamila Miller Mamuya, were financially instrumental in getting the scholarship to the endowment level.”

The Wilma Gibbs Moore Graduate Endowed Scholarship is open to any student whose ethnicity is underrepresented in the library and archives professions, and has been assisting student since its inception. “We’ve admitted one Moore scholar each academic year since AY 2018-2019,” says Dr. Copeland. “[Wilma] Indirectly mentored several LIS students through the years, as well as the first two Moore Scholars, Olivia MacIsaac and Lyndsey Blair.”

Dr. Copeland believes scholarships, like the Moore Scholarship, that benefit underrepresented minorities are essential for the future of the library and archives professions. “The library and archive professions are approximately 85% white. The lack of diversity has a detrimental impact on all aspects of the field.” Dr. Copeland states. “I’ll name a few—as a result of the majority race developing collections, our collections are not as inclusive as they should be. Collections have been developed in favor of those with power and resources. Part of Wilma’s legacy is that she broke racial barriers in archives and in doing so practically single handedly gathered and made accessible a part of the state’s heritage that would not otherwise have been made accessible. Further, it is important that the individuals that work in libraries reflect the community they serve.  We want librarians and libraries to integrate into the fabric of a community’s life not stand outside or next to it or worse yet above it. Given the history of race in this country, it is naive to think this type of integration can happen if community members cannot see their lived experiences in the design of library services, resources, and personnel.”

Those who wish to donate to the Wilma Gibbs Moore scholarship may contact Cory Aiello at caiello@iupui.edu with any questions. To donate online, visit our alumni and partners page and click on the Give Now button. Then select Wilma Gibbs Moore Graduate Endowed Scholarship from “Use My Gift to Support.”