Almost half a million viewers have tuned in to the first episode of the YouTube Crash Course series “Games,” written by Mathew Powers, a lecturer in the Media Arts and Science program at the School of Informatics and Computing at IUPUI. 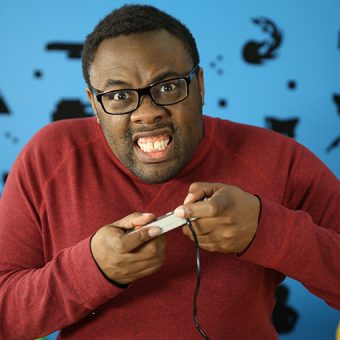 Games, which is one of many subjects on the popular Crash Course channel, covers the history of gaming. Atari, Nintendo, Sega, PlayStation—Games takes viewers through the evolution of one of our favorite pastimes. The series covers the dawn of gaming, educational gaming, role-playing, board games, card games, modern sports games, and the future of virtual reality games. Psychological, educational, and business aspects of games and gaming are explored along the way.

A game changer for delivering the expertise of faculty to wider audiences, the series is hosted by Andre Meadows, the beloved host of the YouTube channel “Black Nerd Comedy.”

“To be relevant to the students in our classrooms, we have to compete with YouTube and other online elements,” says Powers, who teaches an MAS course on the history of gaming at the School of Informatics and Computing.

Crash Course, with nearly 5 million subscribers, is the brainchild of Indianapolis author John Green and his brother Hank, who are known as the Vlogbrothers. “They have tapped into something significant here,” says Powers, who applauds the Greens for exploring YouTube’s potential. 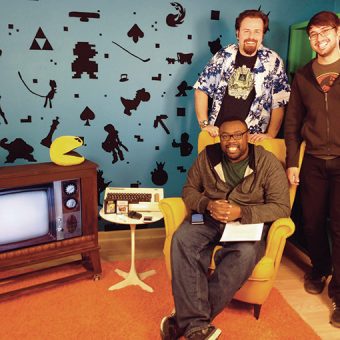 Powers also brought in Jenn King—an IUPUI Herron graduate who works as a QA tester at Sony in California—to help with researching and editing the series. Powers says bringing former students together to collaborate on the groundbreaking project has deepened the team’s relationship to the school.

The series launched in April 2016 and consists of 29 episodes.

Read the Inside IUPUI story about Crash Course: Games.